The Truth About Vegetarian Chickens

It seems as though everywhere you look these days, you will see evidence that your chicken or turkey has had the best possible diet before it is served on your dinner table. Or has it? 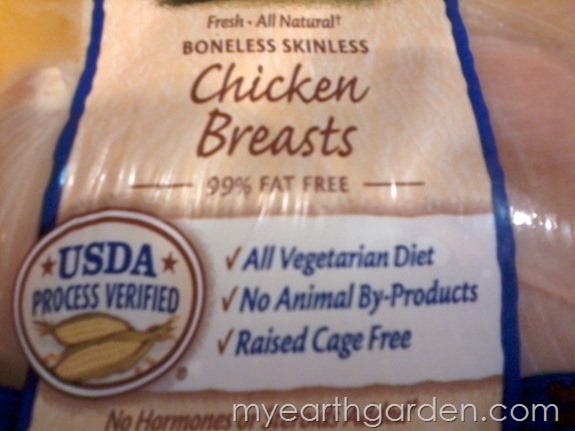 From supermarket packaging to huge banners at popular eateries like Panera Bread (see image below), companies are feeding us a big load of crap along with our Roasted Turkey and Cranberry Panini. Even the cage-free eggs that we buy promote themselves as coming from vegetarian chickens but the truth is that chickens and turkeys aren’t vegetarians, so the “all vegetarian diet” they are being fed isn’t better for them – or for you. 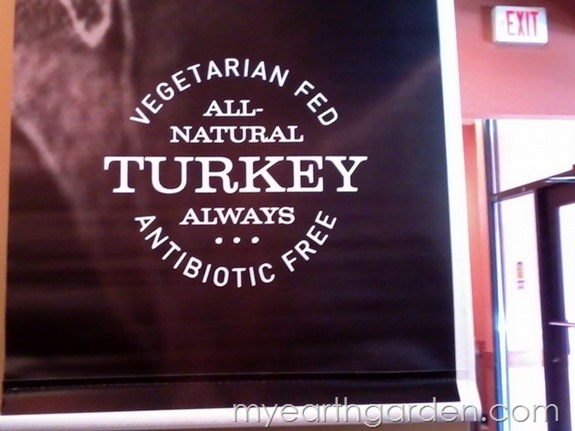 When I was on the farm I raised hundreds of chickens and I can proudly say that not a single one of them was a vegetarian. Forcing a chicken or turkey to eat a vegetarian diet is as humane as forcing your bacon-and-barbecue loving partner to trade their normal meal for tofu kebabs and granola. These creatures (the poultry, not your partner) peck the ground for worms and bugs and have done so since before they were domesticated. 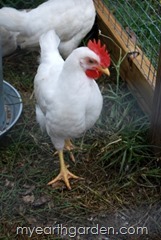 As the wild ancestor of the chicken, the jungle fowl ate a diet that was primarily insect, with berries and vegetable matter making up only a small portion of what was consumed. The newly-evolved vegetarian chickens are being served to us to address the issue that mass producers of chicken deal in such high volumes that it is not feasible to allow their birds to forage. In addition, the commercial ration food that is fed to chickens and turkeys is engineered to fatten them up quickly – so fast in fact that by the time a chicken is processed, they are so top heavy that most cannot stand under their own weight.

While you do want chicken and turkey that is antibiotic-free, you should also want those that are cruelty-free. Any production method that deprives an animal of their natural diet is cruel, including an enforced vegetarian diet for chickens and turkeys.

Next post: Potato Leek Soup with White Wine and Bacon

Previous post: Set Sail for Hudson North Before This Star Disappears For Good