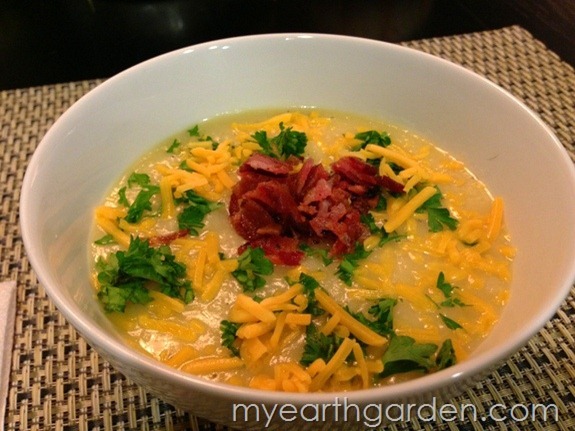 Nothing soothes the soul on a cold night better than a hot bowl of homemade soup, and my homemade potato leek soup with white wine and bacon is a flavorful option that’s as easy to make as it is economical. This is a great make-ahead meal too, so have no fear about making a batch when you have some free time on the weekend and enjoying it during the week for a gourmet meal in the middle of a hectic work week.

Next post: Simple Flaky Pie Crust in the Food Processor