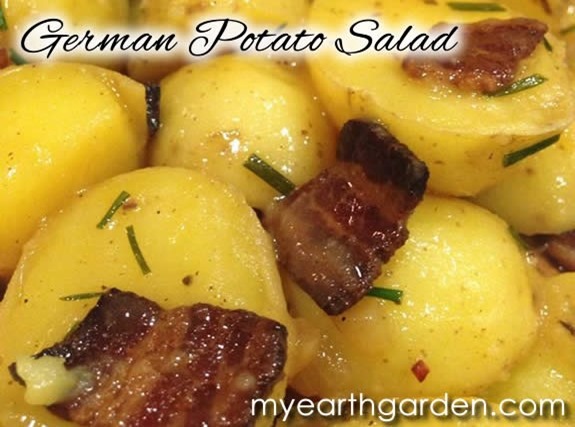 It doesn’t get much better than this! This potato salad isn’t your standard American potluck fare. It doesn’t contain any mayonnaise at all, and it is incredibly delicious! Of course how could you have potatoes and bacon in the same dish and it not be good?

Next post: Wattle You Know? The Free Fencing, Construction and Erosion Control Method Your Ancestors Never Told You About