Early this morning, a neighbor put out a message that they had some house plants that were in desperate need of a savior. Some people pick up every stray animal they see, I pick up plants. What can I say, I believe in second chances. 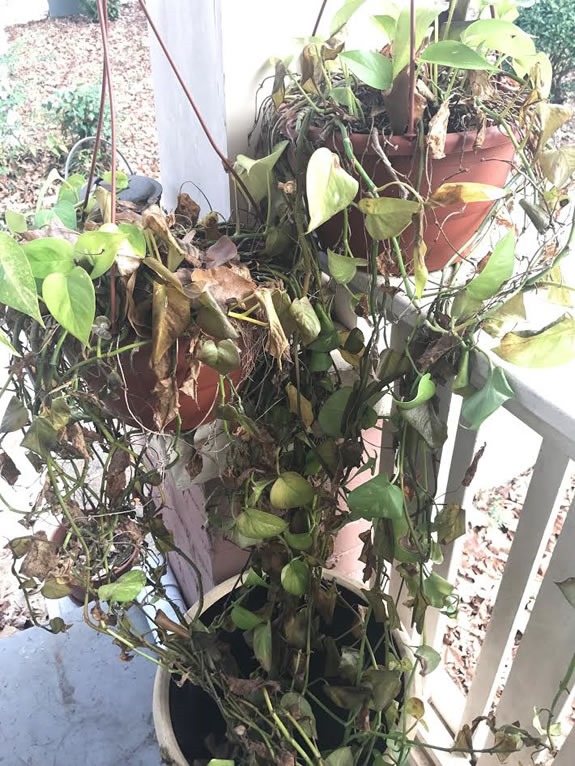 I call them Golden Pothos, but they’re known by several names, including Devil’s Ivy. Whatever they are to you, these two Epipremnum aureum plants had been exposed to several nights of sub-freezing temperatures, but I could tell there was life in them, so I got to work. I hadn’t been at it long when I discovered that one of these plants had been a safe harbor to a family of winged creatures at some point. 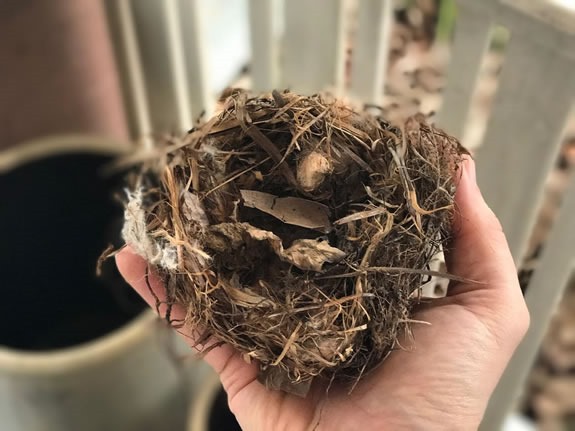 I can’t explain it, but when I saw the nest, I wanted to save these plants even more. Plants are living stories, and I knew that these still had tales to tell. Much of them was too damaged by the cold to save, but I cut away all of the dead and dying parts, cleared out the leaf debris (and the nest), and got them ready to be nestled in the office for the winter. 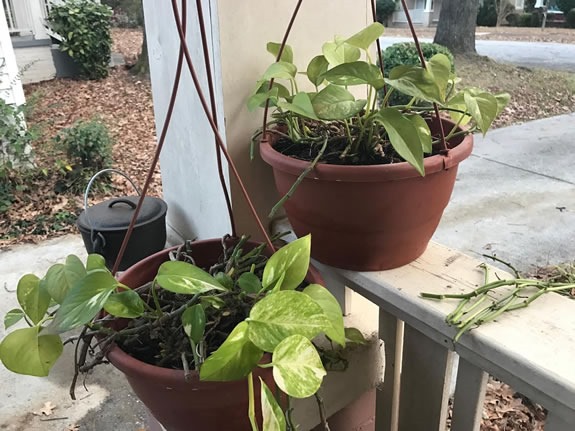 I also salvaged a few stems (pictured above on the right) to root so that I can start another plant from these two.