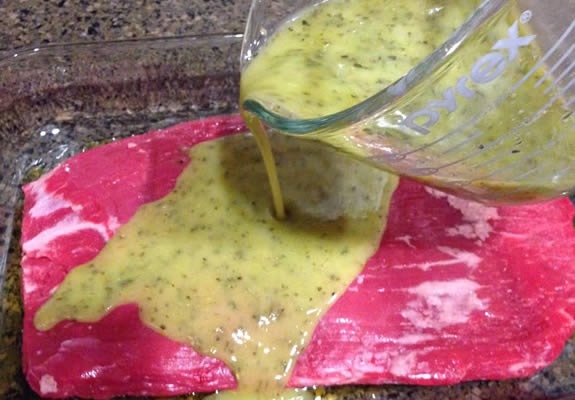 I’ve never understood why anyone would buy a marinade at the grocery store. For starters, they are expensive. They often contain preservatives and other ingredients that are difficult to pronounce. You can also make your own marinade in five minutes or less at home with a few basic ingredients (most of which you probably have on hand anyway).

When I mix my marinades I like to use my Pyrex Glass 4-Cup Measuring Cup. It is large enough to act as a mixing bowl, I can use the markings to measure the liquid ingredients, plus it has a handle and a convenient pour spout to make using the marinade a no-brainer.