Necessity is the mother of invention, or so they say. When I moved to a small neighborhood with a rather strict HOA late last summer, the season was all but over and I didn’t really put much thought into the garden I would grow in 2013. Then I started reading the dreaded Bylaws, and the Covenants and Restrictions.

I would have to get HOA permission to dig a vegetable garden on the property? SERIOUSLY? In America? I’m not a terrorist, I’m a gardener. I just want fresh, homegrown tomatoes for crying out loud. But them’s the rules.

What they don’t say is what I can and cannot do in containers, and technically speaking, a raised bed is a container, right? That’s when the idea began to take hold. My beloved fiancé and I started talking about how to lay out raised beds to make the best possible use of the space we had available while simultaneously beautifying our quaint (read: postage stamp tiny) backyard.

I considered what I wanted out of the garden this year and listed priorities and requirements along the way. That led to lots of measuring, tons of daydreaming and more calculating and recalculating than I will ever admit.

Here’s the original design sketch I created when we came up with the plan: 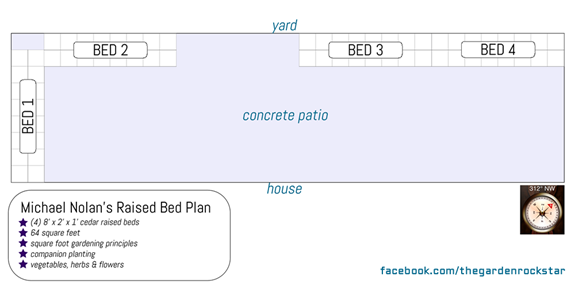 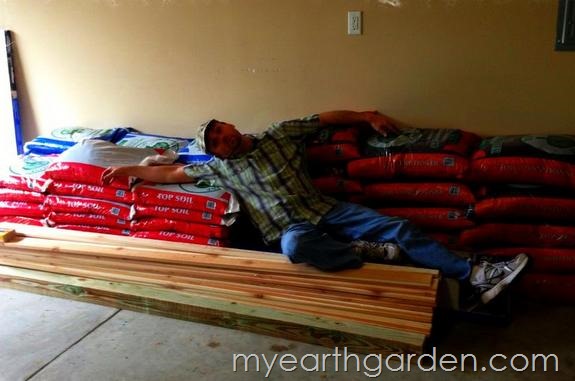 The design creates a total of 64 square feet of growing space that will reside atop the no frills concrete pad that is our patio. From there it was a simple matter of designing the beds themselves, then a trip (or three) to the home improvement store to gather the necessary supplies not only to build the beds, but to fill them as well.

In addition to the wood, screws, and landscape fabric, we bought 65.5 cubic feet of soil, compost, and amendments. They were not light. Advil was consumed in abundant quantities. 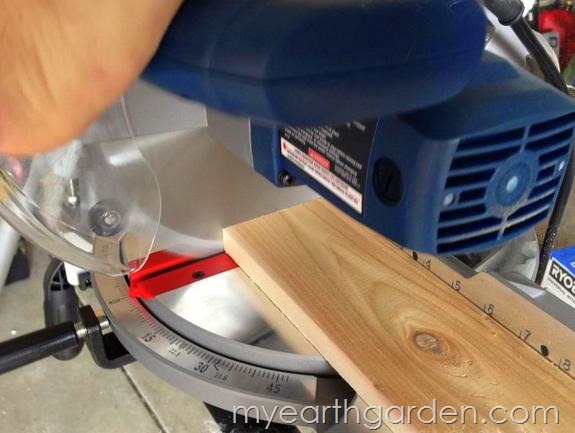 Without any plans, the process was learn-as-you-go, but the end result is better than I ever could have imagined it would be.

This is a “before” shot of the patio, with four GrowBoxes ready to be planted: 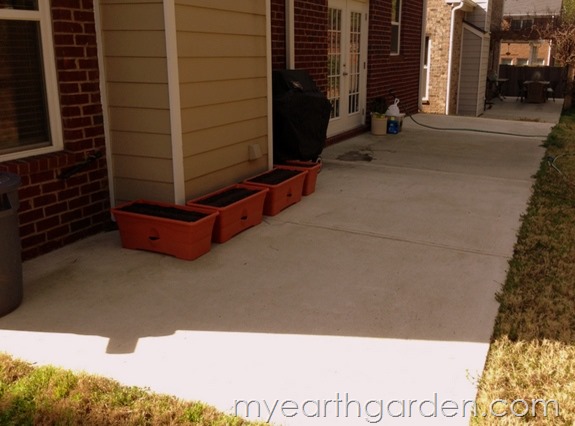 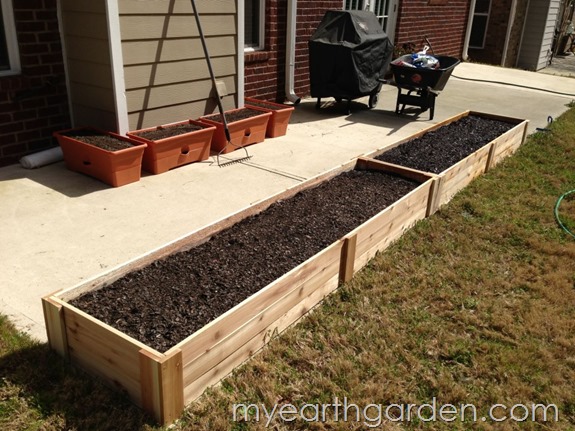 All four beds installed and ready for planting: 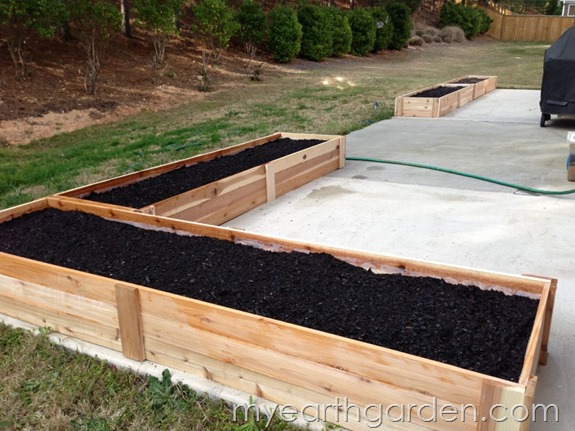 If you look carefully in the photo above, you can see the top edge of the plastic sheeting I stapled to the interior of the beds to create a barrier between the soil and the wood. This was done to slow down the wear-and-tear on the wood by limiting its contact with the moist soil.

I gave the beds a good, thorough soaking to give the bagged soil a chance to reconstitute and settle before I began planting the next afternoon. 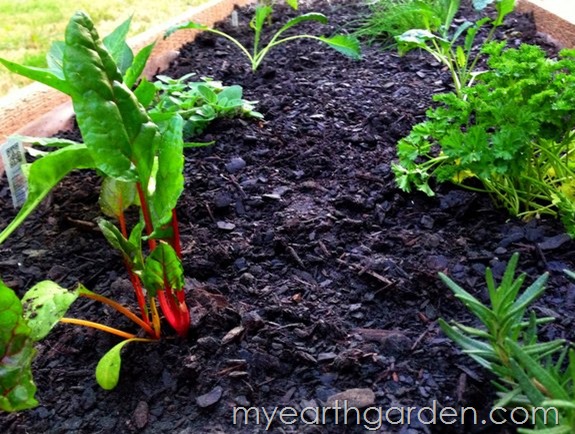 I am working on a cost breakdown of the project to analyze exactly how much these beds cost to build per square foot. That will allow us to calculate the value at the end of the season based on the return we see in the form of edible produce. Interested in what is being planted in these beds? I’m going to talk more about that, too.

More on all of that later. For now, it’s great to be back writing on the blog after spending a few weeks getting adjusted to my new full-time contract with The Home Depot. I promise I’m going to spend a lot more time here from now on.

Ooh! One final thing before I run off… in the process of building and planting the beds, I did something I’ve done for years without a second thought. When I snapped a photo and shared it on my Facebook page, I realized that it was something that a lot of people were excited about. These templates for square food gardening are simple to make out of a 1’ square of cardboard, and they make planting according to the grid method ultra-simple without having to lay out strings or boards to keep your boxes straight. 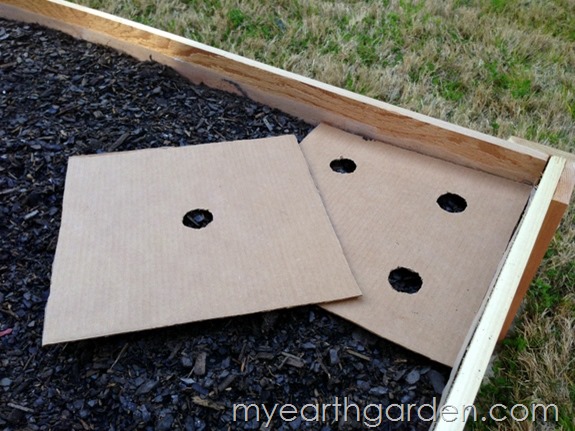 Next post: How to Make Homemade Vegetable Stock for Free