On September 17, 2011 at 3:30pm I will be speaking on food issues with author Robyn O’Brien at the Eat Drink Read Write Festival in Birmingham, Alabama.

Robyn is the author of Unhealthy Truth: How Our Food Is Making Us Sick and What We Can Do About It as well as being founder of the Allergy Kids Foundation.

The event is free but reservations are required. I hope to see you at the talk! 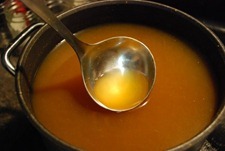 According to the latest data released by the USDA Economic Research Service, nearly 15% of households in the United States were classified as “food insecure” in 2010, and that number barely budged from the previous year.  The definition according to ERS is:

Food insecure—At times during the year, these households were uncertain of having, or unable to acquire, enough food to meet the needs of all their members because they had insufficient money or other resources for food. Food-insecure households include those with low food security and very low food security. *

Very low food security—In these food-insecure households, normal eating patterns of one or more household members were disrupted and food intake was reduced at times during the year because they had insufficient money or other resources for food. In reports prior to 2006, these households were described as “food insecure with hunger.” For a description of the change in food security labels, see “Definitions of Hunger and Food Security.”*

In other words, 15% of our households are going hungry at least part of the time. Of that percentage, 96% stated that they had skipped meals because they could not afford to eat.