As we prepare for building a potato condo for planting this year’s crop of potatoes, we let several of the potatoes we had on hand go to seed.  Today I cut the eyes out so that they can dry a bit.  In order to use the potato that did not seed, I thought it would be a perfect time to make gnocchi.

John had never had homemade potato gnocchi and so it was settled.  As we don’t own a ricer, I had to find a recipe that did not specifically require one.  Because I have made gnocchi in the past I knew that they were ideal but not necessary.  I found this recipe and was certain that it would be a perfect complement to the marinara we made the other night. 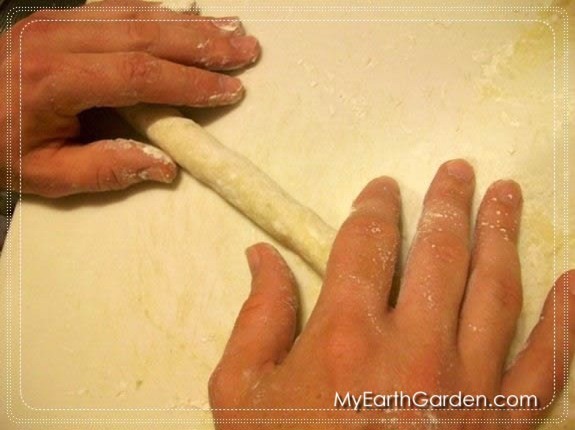 The flowery language used in the admittedly verbose recipe reminded me a lot of the movie “Eat, Pray, Love” that we’d just watched recently.  Just felt like there were a lot of words that weren’t really all that necessary.  Unfortunately I was more right than I’d imagined.

For all the decadence and prim-and-properness of this recipe, the resulting gnocchi was gummy and lacked any body whatsoever.  It was unpleasant in texture and just when I was ready to sigh and give up, John took his first bite of a finished piece and I knew that he was unimpressed.  That was when I decided that it was time to take matters into my own hands. 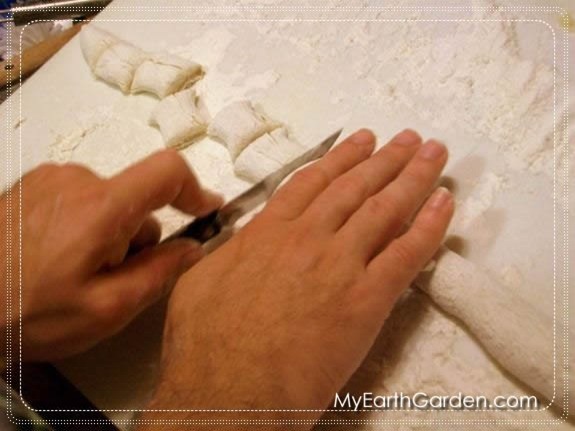 The first batch a total loss, I transferred the sticky mess to the KitchenAid and started adding flour until a good quality dough had formed. Then I rolled, cut and formed the pieces as John boiled them.

In the end the gnocchi we ate was good, but it was not the recipe I started with.  Still, since we did boil the first few pieces and tasted them, we did complete this recipe for the challenge. 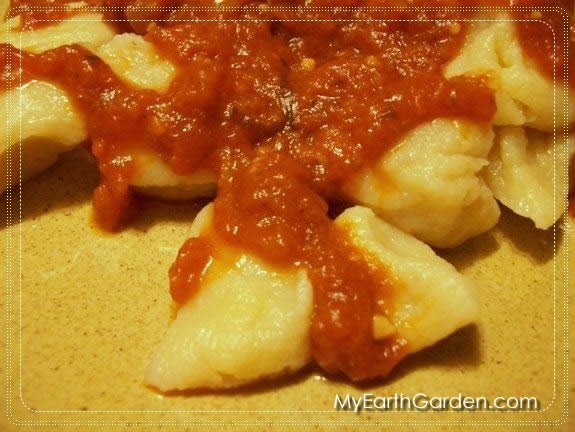 Verdict:  The biggest “hell no” of the entire challenge. Yes, it was that bad.  Gnocchi is not rocket science and it is not some epic love story that needs Julia Roberts.  It’s just a potato dumpling!.