If you ever wanted to know if you were meant to be a gardener you can tell when it comes time to start your seeds.  Does it make you crazy or giddy?  Nervous or Zen-like?  I could have my hands in seed starting medium and little seed packets all day and lose track of the hours faster than when I used to fall asleep in Music Appreciation class.

If you think about it, the popular catch phrase “Reduce, Reuse, Recycle” is perfectly embodied in the garden like nowhere else.  By starting your own seed you can reduce your dependence on store-bought produce.  You can reuse the seed from the produce you grow and you can recycle what’s left into compost which is another complete cycle in itself. 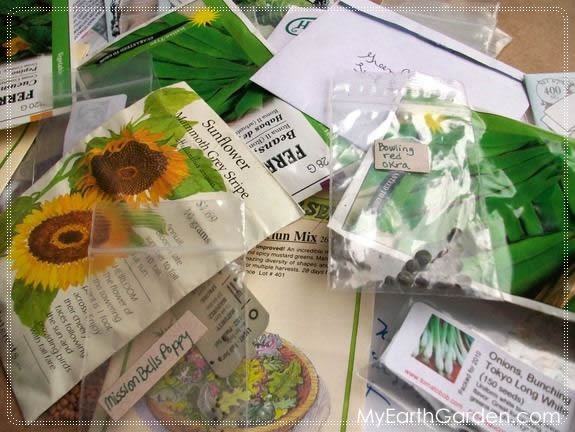 If there were a show for Seed Hoarders, I’d be the first one they would target.  Years ago I started to see seeds in a different way, as a form of currency.  What would happen if no one could grow anything and you were the only one holding seeds?  They would be a lot more valuable than people see them today.

The majority of our gardens for 2011 will be grown from my seed collection and those that are given to us.  There may be a small number of exceptions but no less than 95% of the produce we grow will come from seed that we already had. 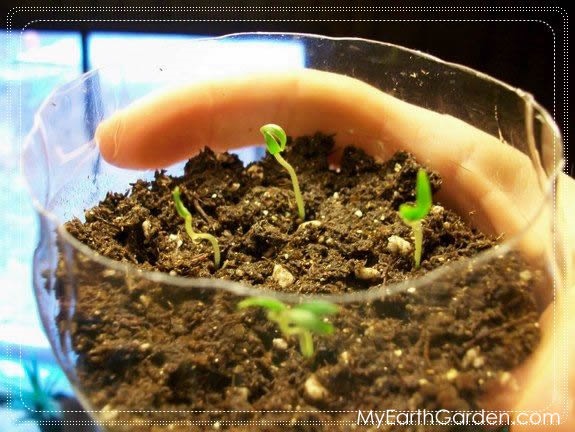 These tomato seedlings are the first babies born at the homestead this year.  As of this morning the Aunt Ruby’s German Green tomatoes have started as well but I’m fearful that the last of my Radiator Charlie’s Mortgage Lifter seed may no longer be viable which will be a sad day – it is my favorite.  I’m not ready to give up though and if these don’t germinate I will try again.

On the bright side, the Red Hmong Cucumbers, Mammoth Dill and Basil have all sprouted as well giving me hope as I look out the window at the growing layers of ice where everything green will eventually be.