Bedtime on the Homestead Part 2 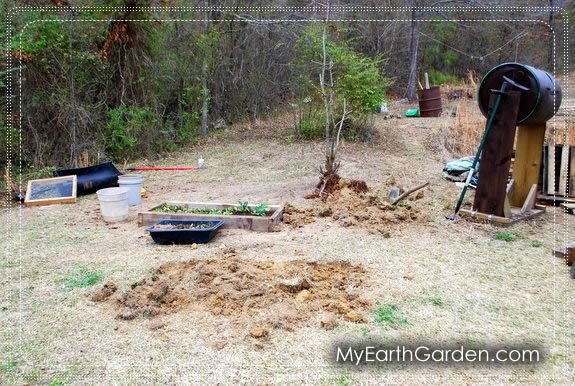 If you missed part 1 of this post, read it here.

Here you can see the chaos that is the garden area when the first bed had been placed.  You can see in the foreground where the footing for the second bed has been dug but that’s it.  After a day and a half of backbreaking work in unforgiving earth, we found a tiller that we felt would be rugged enough to handle the terrain and went to town to pick it up.

After the comedy of getting the mammoth beast into the car, we made it home with the new Yard Machines 24 in. 158 cc Front Tine Gas 4-Cycle Tiller, only cringing slightly at the $294 price tag. While we are spending as little as possible in this effort there are times when such purchases as this are necessary to save time, patience, back pain and our sanity.  The tiller was able to do in minutes what took me 4 hours on day one. 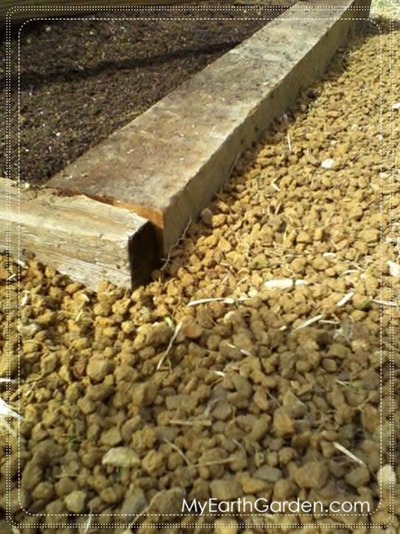 In a teaser yesterday on my Facebook page I showed a tiny sampling of the work we were doing.  In the photo you could see one corner of the second raised bed once it had been placed and leveled, then filled with a combination of reclaimed garden soil, manure and sifted earth.

On the right of the photo and surrounding the beds is the pea gravel & clay mixture that was salvaged using the sifters.

It brings me an odd sense of joy and satisfaction to put these beds in place, fill them with a loose, rich soil mixture and then plant them knowing that in the two beds that are in place thus far, not a single dime has been spent on soil amendment.  The reclaimed garden soil from raised beds at my previous location helped to make this possible, along with a little effort in sifting the existing earth into a workable product.

Here is the first bed when it was in place and filled with soil: 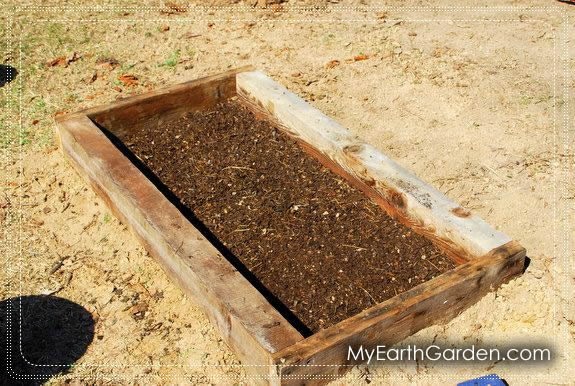 Here is the same bed, planted with the purple top turnips and Georgia collards that came back after last year’s planting on an abandoned farm: 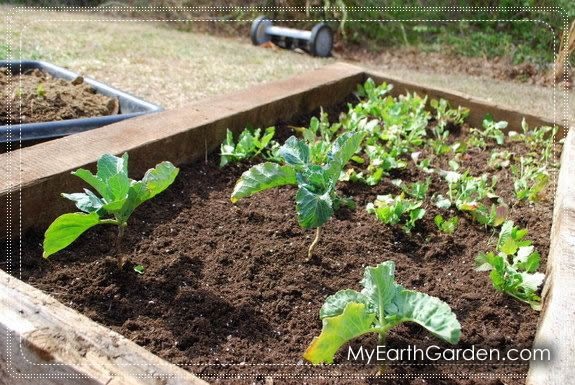 After two and a half days, we have two beds in place and planted.  The second bed (on the left in this photo) has already been planted with a mixture of salad greens.  On top of each bed is a reclaimed wire door from chicken coops.  They are a temporary measure to keep the cat and other opportunists from digging in until we have better protection in place. 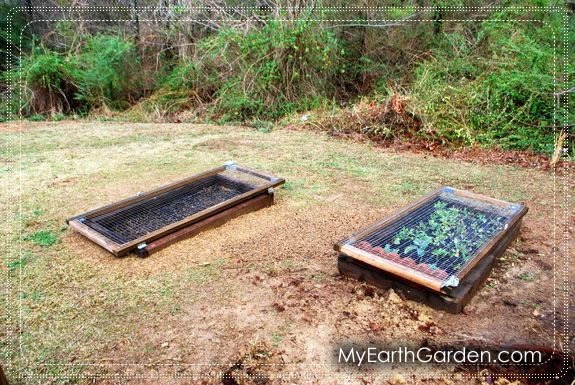 The first outdoor planting on our little budget homestead has now been put to bed – literally.

Next post: How the Dervaes Family Stole My Victory Garden