This is a project I have wanted to do for quite some time and yesterday I finally did it. Making your own laundry detergent at home is not only simple, it is a great way to reduce the amount of phosphates and other harsh chemicals we are adding to the environment every time we wash a load of clothes. Better still, homemade laundry detergent is inexpensive and doesn’t take much of your time either.

Possibly the best incentive is for those who may have allergies to additives in many commercial laundry detergents. This stuff is about as natural as you can get! 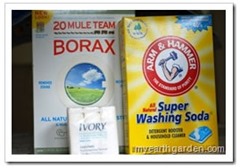 The Washing Soda may prove difficult to find in some areas, but it can be purchased online easily if you can’t locate it locally.

This recipe is for dry laundry detergent, so instead of melting the soap you need to shred it somehow. I have seen every imaginable trick in the book for this from a cheese grater to a food processor but my way is the easiest, fastest and to be honest, the most fun! 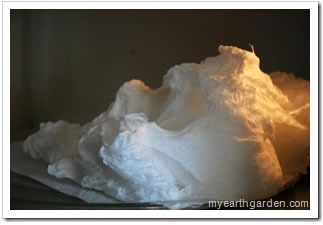 This fluffy stuff isn’t a fresh meringue, it is what happens to a bar of soap when you put it in the microwave for 90 seconds! Now it can at times go a little crazy but the good news is that it is soap, so cleaning it up will just leave your microwave sparkling inside!

When you have finished microwaving the bar of soap it will be quite dry and brittle, which is exactly what you want.

I finish by adding the dried soap fluff along with a cup of Borax and Washing Soda to my Vita-Mix and mixing it on medium speed until thoroughly powdered and combined. 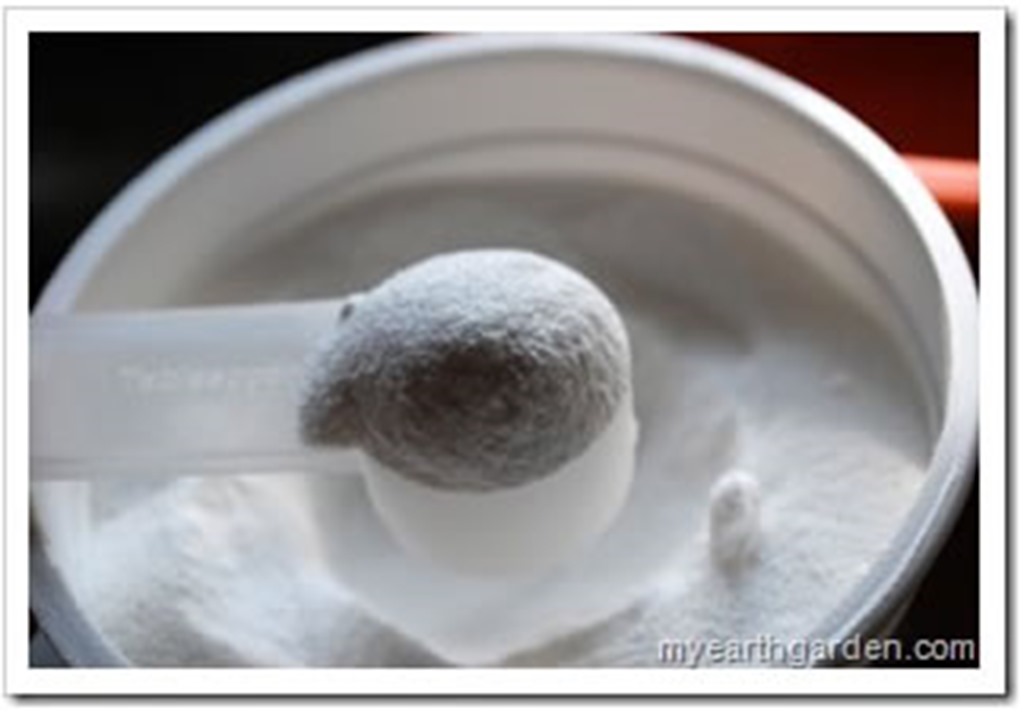 It all sounds great but the real test is in how the stuff works, right? Well that’s the best news of all!

So far I have tested two loads of laundry with this recipe and so far, washing a load of bed sheets and a load of moderately soiled clothes have given great results. The results will be tested further this weekend when I wash some heavily soiled clothes after some work on the farm. I will of report my findings here as soon as I have more info!

NOTE: There has been some question as to whether homemade laundry detergent will work in a high efficiency machine. The recipe works perfectly in a HE washing machine and I only use 2 tablespoons of detergent per regular sized load!  That is 1 ounce of detergent per load, which means each batch will wash 32 loads of clothes.

You will notice immediately that clothes washed with this detergent will not be perfumed in any way and while that may take a little getting used to, I personally love the undeniable smell of clean without perfumes.

UPDATE #1: I have now washed several loads with this homemade detergent including my first load of whites and I have to say that I am truly impressed.  The last major test will be over the weekend when I wash heavily soiled work clothes but so far I couldn’t be happier.

UPDATE #2 (8/30/10): This homemade laundry detergent has met and exceeded all expectations and is still in use nearly a month later.

Based on a conservative estimate of being able to make three batches or 96 ounces of detergent, the cost per load is 7.5¢.

Next post: How to Reduce, Reuse and Recycle with Composting