Of Ghosts and Guardians

SEPTEMBER 10th, 7:30pm: This blog post refers to a day 10 years ago that you’re probably as sick of hearing about as I am of thinking about it. I hope you’ll read it; you might be surprised at what you see.

As I witnessed the events that unfolded right in front of my eyes on 9/11/01, something was taken from me. It took 10 years to realize that I don’t want it back. 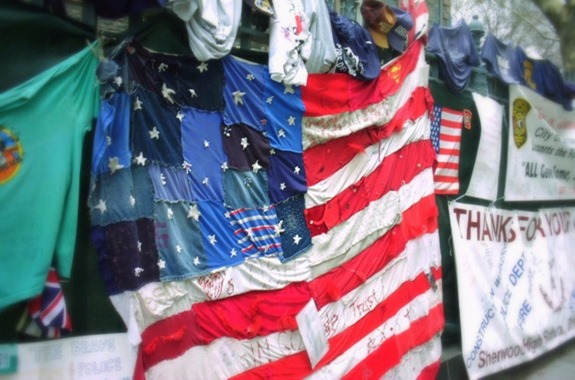 The beautiful skyline by which my beloved New York City is known was scarred deeply. The city became a funeral pyre as the air hung heavy with the ashes that would be the only remains of thousands who never knew they wouldn’t kiss their loved ones again. Days spent volunteering were my way of staying busy enough so that I couldn’t think, but the weeks of walking past hundreds of “have you seen me” photos on every available surface offered me the chance to make up for the lost time. 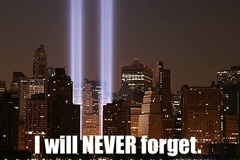 Even as I left the city I love in my rear view and drove south a year later, I knew that I’d never be the same. The city would never be the same. None of us would. The city, the country and the world came together in the aftermath of the tragedies as we all stood stunned and silently mourned the unimaginable loss together.

I recently came to a realization that has given me the most profound and overwhelming sense of peace I have felt in many years. I’ll never be the same. I’ll never look at that skyline and see what I used to see. I’ll never pick up the phone and hear Mark say “hey boogerbear” on the other end.

I’ll never… be the same.

We live in this altered sense of reality in which everything is right with the world as long as nothing changes. If I wake up and there’s no coffee or I don’t have the right creamer to put in it, it’s wrong because it is not the same. If the store in which I shop substitutes another item for the one I would usually purchase, it’s not the same. If two tomato plants cross breed and I save the seed, the plants I grow next year will never be the same.

There are special people in my life who love me more than anything. If they stuck around at all, they’ve lived in the shadow of a ghost who would have kicked my ass for not seeing the amazing living, breathing love that’s right in front of my face. It’s been 10 years and I am finally letting go of that ghost in the hope that I gain a guardian angel.

The recent realization I mentioned earlier came after a particularly bad day, in the form of a dream in which I was standing at the new memorial on site of the 9/11 tragedy in NYC holding my beloved Mark’s hand (Mark died on United 93). It was getting harder and harder to keep my grip when it dawned on me that I was the only one holding on.

I looked at him, clinging desperately to his hand and cried “I’ll never be the same!”

He held me in an embrace that was distinctly his and replied, “No, you won’t. You’ll be better.” and in that moment my heart lifted. 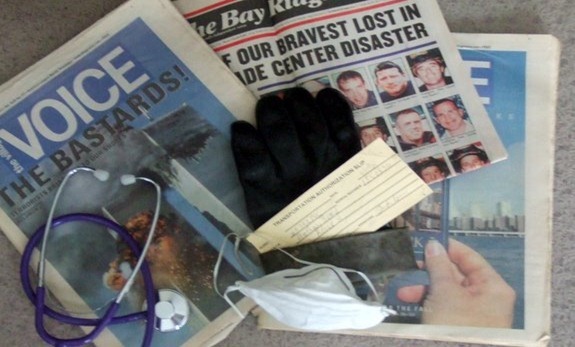 Saying goodbye to the last remaining physical reminders of that day.

This will be the last time I write about the events of that day. A decade has passed and the statute of limitations on my grieving period has run out. I’m exorcising some demons and saying goodbye to friends, lovers and acquaintances, each of which were taken far too soon. I’m moving forward and that requires me to let go of all of the past that I’ve held onto.

Today I release the hurt and the guilt. I walk away from the anger and the blame.

Today I’ll never be the same.

“Save a Place for Me” by Matthew West