Even the Angels are Food Insecure

Seems that no one is immune from food insecurity. In preparing for next month’s Food Stamp / SNAP challenge, I’ve been even more hyper aware than usual about food budget news, store sales and things like that. When I spoke at Eat Drink Read Write on Saturday, several audience members approached to ask questions about the challenge afterward, so I know it struck a chord even locally.

For example, a local discount supermarket has whole chickens on sale for $.88/lb this week, a price at which I would normally stock up. Because of the challenge, we can’t do that. SNAP recipients don’t get their benefits early, so they miss sales on occasion and so will we.

Then on last night’s news it felt as though the universe knew that I was a bit overconfident about this and it was trying to make the challenge even more challenging.  It seems that one of the resources I had planned to cover – an amazing program that has been around for 17 years – is closing up shop.

In my capacity as a budget conscious frugal living writer I have written about the work of Angel Food Ministries several times and in several outlets over the years, and this news breaks my heart. You see, when I first heard about Angel Food Ministries, I wasn’t reporting on it, I was a client.

Angel Food Ministries provided a way for anyone to buy a box of food that would feed the average family of four for about a week at about half what it would cost in the store. The boxes included meat, veggies, eggs, even fresh produce and desserts. Sure, there was some convenience food crap mixed in, but life’s not about extremes, it is about striking a balance. 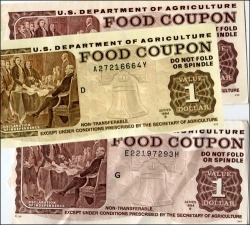 The October Food Challenge is not something I’m taking on just to say I did it. I’ve been there.  I have lived on cheap ramen and Kool-Aid® because I couldn’t afford anything else.  John spent some of his own childhood on food stamps. That history is a big part of what makes us so budget conscious today.

We are more committed to this challenge than ever. I believe that this 31 Day exercise is going to help change lives and make people more aware of what is happening in the world outside their own doors. What we are doing in October is just the beginning. It’s time to open a real and ongoing dialogue about food insecurity and what we can do to turn it around.

Next post: From Attitude to Action: Dinner with the Haves and the Have-Nots

Previous post: How to Make and Preserve Homemade Sauerkraut