Yesterday was my birthday and while I’ve never been big on lavish celebrations and such crazy shenanigans, it was nice that some of the locals came by to pass along their well wishes.

This dragonfly has claimed the tomato stake as its own. We could touch its tail and it would simply move to the other side of the stake. 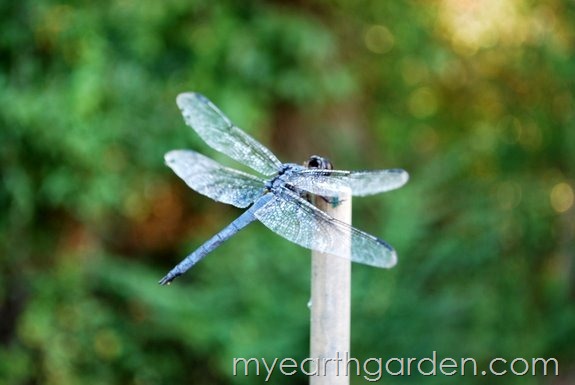 The biggest surprise of the day was when John found this little guy (girl?) not only in one of the raised beds but also climbing the tomato plants to eat a tomato.  The tomato in the upper right is now nearly obliterated by this Eastern box turtle. 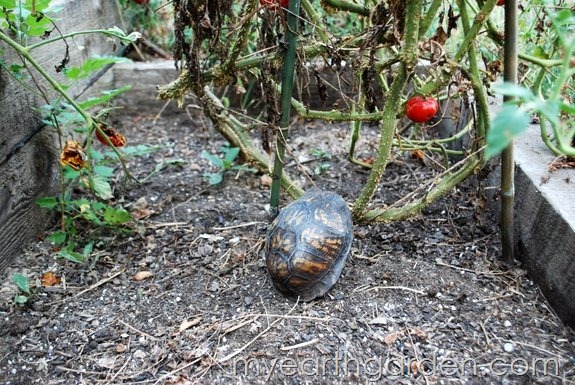 A second view shows the turtle and the tomato it wanted. 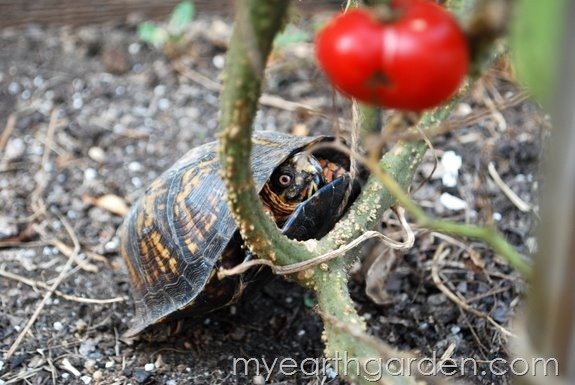 This beauty is a Red-spotted Purple Butterfly feeding on a rotting tomato. I first encountered this butterfly last year when I found a swarm of them feeding on felled pears in the yard. 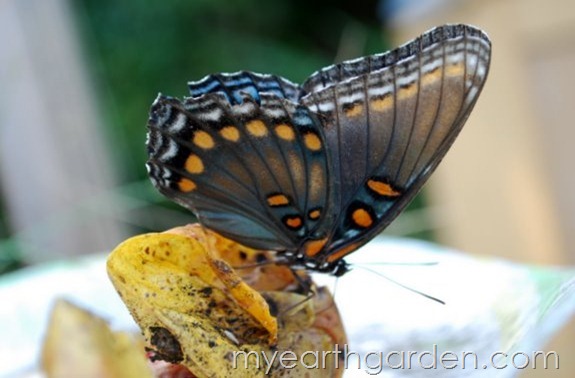 Next post: How to Make the Perfect Iced and Frozen Coffee at Home