Bedtime on the Homestead Part 1

It goes without saying that you must first make your bed before putting something to bed, right?

Over the past two days we began the process of reconstructing my old cedar raised beds in what will be our primary garden area for the season. Situated on the west side of the existing structure the area is still exposed enough to receive the benefit of full sun for at least six hours a day but it is easily accessible and convenient to the location of the soon-to-be placed rain barrel.

This photo taken on 2/1/11 shows the area that is being transformed before anything was done.  For perspective, the cluster of brush in the right center of the photo was comprised of two large privet trees, a very large old pine stump and approximately five million feet of wild honeysuckle.  That area figures in heavily into our raised bed garden plan. 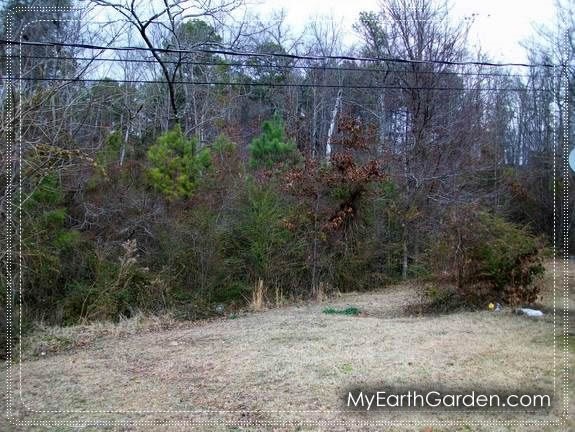 Believe it or not space planning can be a challenge even when you have 2.5 acres to work with.  Even though there is a good amount of cleared land on the property, its positioning on a hill leaves it open to erosion, making the process of garden planning a bit more involved.  Difficult, but not at all impossible as we are setting out to prove.

The earth on much of the property is dense clay with tons of rock but without good soil to work with, there will be no garden.  Because we are striving to build this homestead on a shoestring budget we don’t want to be nickel-and-dimed buying soil amendments even though we need a boost this season while we wait for our first compost to mature.  Luckily we have been able to do a few things to make the land a little easier to work with and more amenable to the introduction of garden plants. 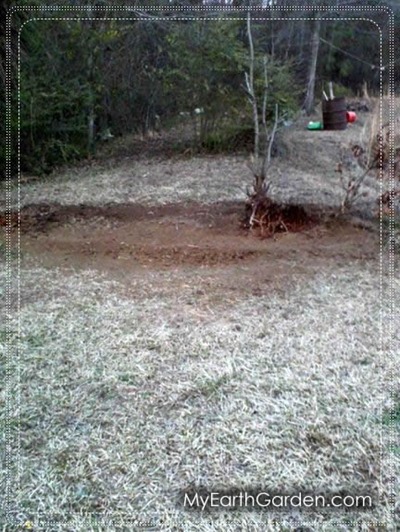 Here you can see where I have taken out much of the brush and privet (there is a second cluster of privet uphill about 15 feet behind it) and began to level off the area.

My poor hands weren’t loving me all that much because I didn’t have any gloves to work with that day and yet I was able to somehow cover a good amount of ground with basic yard tools and some muscle.

note: The 55 gallon drum and buckets in the rear of the photo are just to the left of where the lasagna garden is being built.

The entire area represented in this photo will soon be a functioning garden despite having never been used as such in the past.  In fact, at one time a 16’x16’ building stood in this very spot.

I should say at this point that we are striving to keep the property on the property.  In other words, we don’t want to load up bags of leaves or brush that has been trimmed and haul them away.  We want to find the best way to break down organic matter into the most usable forms and keep them all right here as they naturally compost themselves.  This requires that some plant material will be dug up and relocated like this mondo grass: 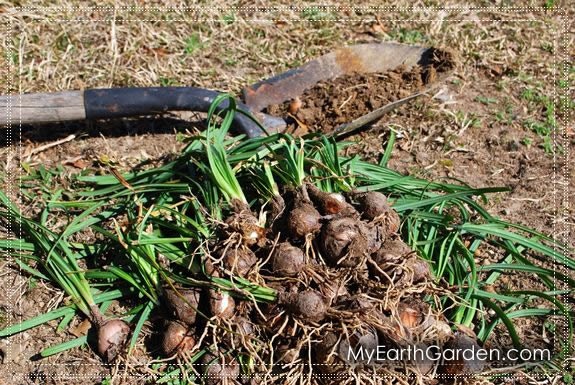 After clearing the surface of the earth we have to have a way to break it down into usable material.  The first thing we did was to construct these simple wood and mesh sifters (more detailed info on their design and construction coming soon): 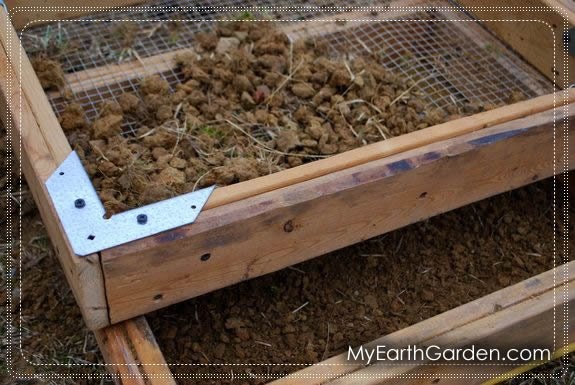 With these sifting trays we are able to break down shovelfuls of earth into three distinct forms, each with an important purpose on the homestead: 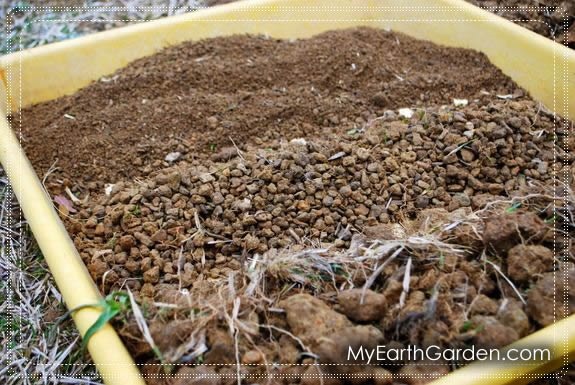 The largest of the pieces are caught in the first sifter.  This collection of rock, clay and roots is used to fill in the large gaps in the driveway that were caused by erosion and poor drainage.

In the middle and caught by the second of the two sifting trays is what looks like pea gravel. This is a combination of hard dirt, clay and small rocks that is being used to fill in the path areas around the raised beds.  This will not only help to keep the grass and weeds down but also allow for improved drainage and increased water absorption in the garden area.

On the left of the photo above you see the final stage of this process, a fine material that isn’t the most mineral rich soil around but it is easily amended and even in its existing state is suitable and adequate for planting green manure crops like clover.  The clover will solve several problems at once:

Next up you will get the first look at the new raised beds in our garden-in-progress.